??I wanted a strong contrasty look with deep shadows and didn’t mind some drop off, I also shot this on the tungsten colour balance to give the shots a cooler colour cast.

I asked my stylist to source a few things for me when she was working on another shoot – I wanted a slight androgynous feeling but some shots with a more feminine twist which is indicative of the era. Its important with fashion to not be to literal when you are shooting an era style – it must be a modern interpretation of just referencing some key elements and using current fashion and makeup trends otherwise it can look too costume and themed.

I also wanted to use the Coke Can in the hair – Diet Coke though to give another dimension to the look. Initially I had thought it would be a beauty shoot but as I shot it I decided it would work best with some long shots also.

I work with some very clever people, the talented Sara Allsop was on hair and Paige Best on makeup.?? 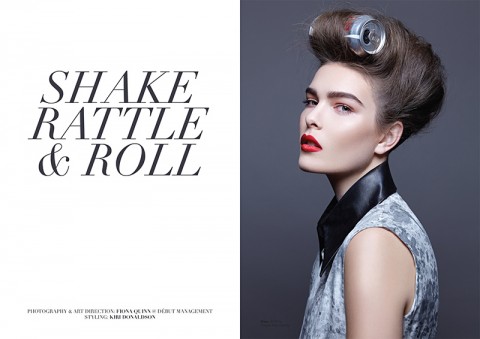 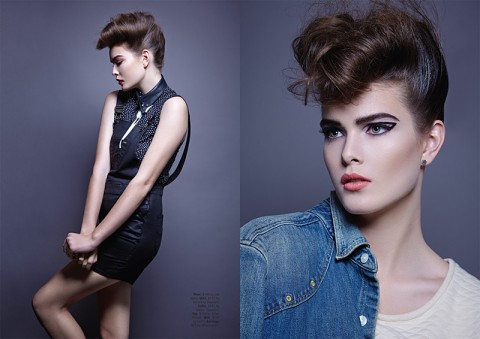 Prev Fascinator
Next The secrets of creating dramatic headshots